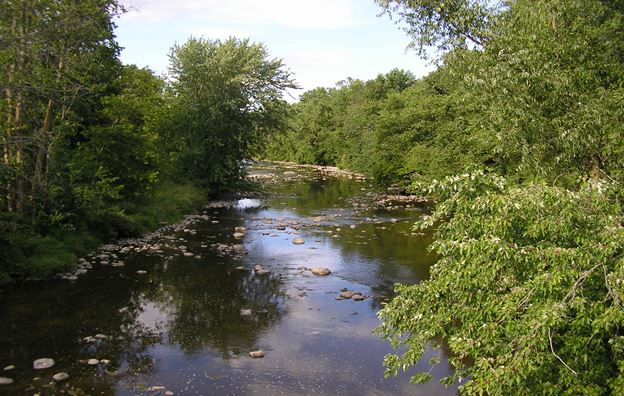 "Water quality" is a complex and dynamic term that is influenced by a wide range of factors. However, it is important to recognize that water health is influenced by different types of pollution from various sources.

We all impact the health of our streams, rivers, and lakes;

therefore, we must all recognize our role in restoring our most valuable resources.

As its name implies, point-source pollution can be easily identified (i.e., a pipe from industrial plant or waste-water treatment plant). As a result, the Environmental Protection Agency (EPA) has been able to enforce regulations that have largely reduced the impact of point-source pollution.

Unlike traditional point-sources of pollution, where you can easily detect the source, non-point pollution comes from all forms of land use. Some examples include: 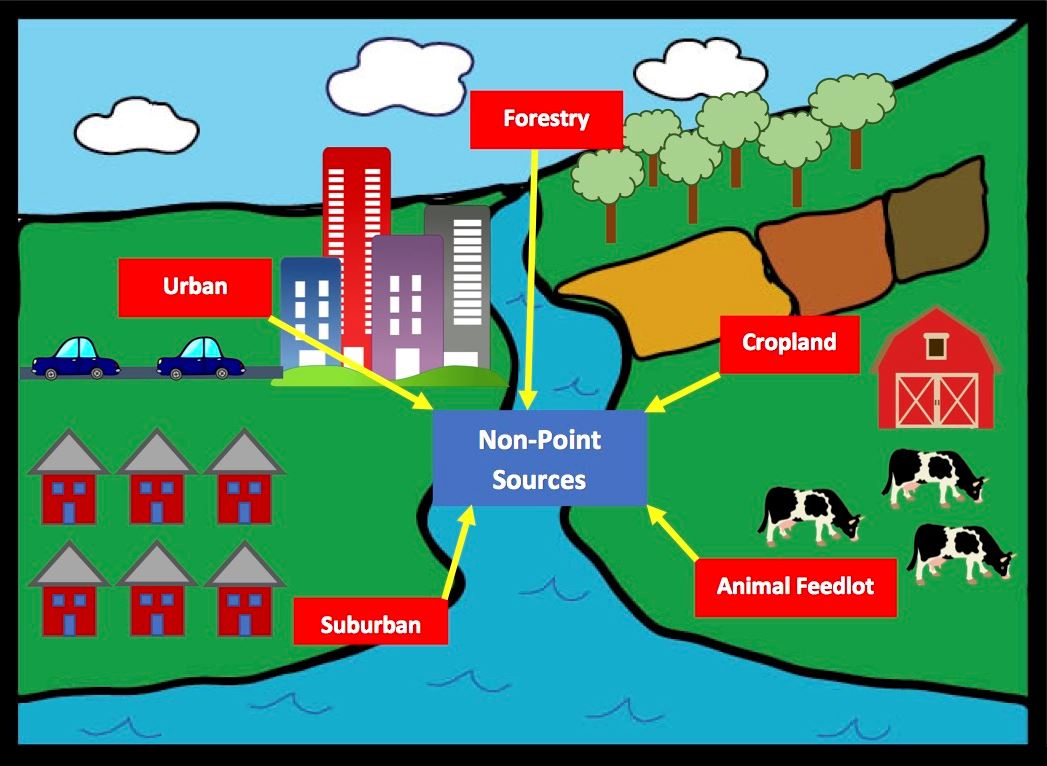 When there is a snowmelt or rain event, the water travels through and across the land picking up and carrying away natural, as well as man-made pollutants. These pollutants are then deposited into lakes, rivers, wetlands, coastal waters, and groundwater.